What’s the Point of God?

“Oh shit, shit, shit!” My entire car panicked as the lights flashed behind us. One of my friends was on probation, and she was underage. Their hearts sunk to their stomachs and got soaked in scotch and rum. “Guys, j-just act naturally,” she said with a stutter in her voice.

I pulled the car over and rolled down the window. As my friends tried to play cool, I could feel a wave of alcohol spill out of the window with every breath they took.

“Sir, have you had anything to drink tonight?” 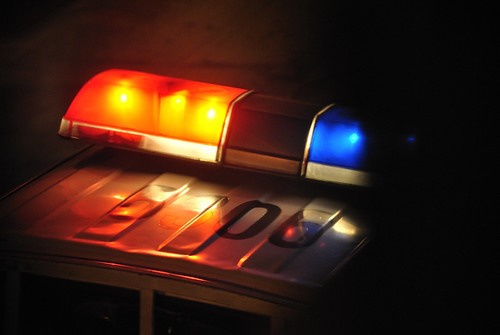 That night ended up being the golden badge upon my chest for the next week. Not only did I pass the sobriety test with flying colors, answer the most ridiculously brain-crunching questions with extreme clarity, and get away with only a verbal warning for an illegal u-turn, but the officer actually thought I was sober.

Wanna know my secret? I was.

When I went to college at the University of Texas, I lived with a ton of people who regularly weren’t, and they seemed to have the time of their lives doing it. They smoked pot to take the edge off and took incredible joy in little things like gold fish and crackers. They chased skirts like lime after tequila and made sure to study sex education every weekend. They partied and drank and collected an eclectic assortment of exciting memories–some of which they remember today.

On the other hand, I studied, never drank a drop of alcohol, stopped having sex, and never enjoyed the pure bliss of a mouthful of gold fish after hitting a full bowl of marijuana. And I did all that because I was following God. At the time, I didn’t think for a second I was missing out.

Funny enough, it wasn’t until after I started working for HeartSupport full-time–a faith-based non-profit–that I started to not be so sure. I developed these doubts as I found that there was so much positive life change I could find apart from God. I abstained from all of the great ‘pleasures’ in life because I thought God held the one and only key to life change. So I thought, if I follow God, what I’m really trading is the transient pleasures for more lasting positive life change! Now that I found out I could get that same positive life change elsewhere, I didn’t know why I spent so much time following God when I could have gotten the same effect somewhere else.

I’m sure many of you have sat outside the Christian bubble wondering the same thing. It doesn’t make much sense. Their lives aren’t that different from yours. In fact, in some respects, their lives seem worse. They’ve got to do this and not do that and say this and not that and follow all these rules and regulations. Blehk. And for what?

As a Christian, I agree with you. There is no fundamental difference between us and anyone else. Christians don’t have anything ‘more together’ than people of different beliefs. I look inside the church and see most of the same problems running rampant that I do everywhere else in the world.

So if we can get everything God offers elsewhere, what’s the point of God?

That thought shook me. And to many of you that might seem obvious on the outset, but in reality many of us have been taught differently. What’s the most important thing for you in life?

It’d be pretty scandalous to say the relationships you develop along the way are actually more important than the result you’ll get in the end–your grades or your good memories or your success.

As that thought started to sink in, I wondered if the same applied to my relationship with God. I went to the wilderness to test it out. Usually when I spent time with God, I would go to get some kind of divine answer. I figured if I prayed enough, the clouds would part, and my needs would be fulfilled. This time, I abandoned that way of thinking and went without an agenda. Instead, I went in with the mindset that if He really is who He says He is, then He’s a person, and we have a relationship.

So as I looked out over all the beauty, I just treated God as if He was a person there with me. I was curious, so I asked God out loud, “What’s your favorite thing out here?” I waited for a few minutes and tried to focus on listening and being still. I didn’t really hear anything, so my thoughts started to drift. I tried asking another question, and in the same fashion, I waited, listened, waited, and listened and started falling asleep. I tried one more time only to get the same silence, the same stillness, the same…nothing.

Feeling like I’d had enough, I stood up and started to leave. To get back to my car, I had to cross back over the creek. As I was hopping from rock to rock, I felt this thought cross my mind: “Get in the creek.” It almost felt like I was talking to myself, but I didn’t want to do it. I brushed it off and kept going. But the thought crossed my mind again. I decided, Screw it! I’ll try it. I figured if I was really going to try this relationship thing, I had to do something different because what I was doing didn’t work.

So, I took off my shoes and stepped into the river. The coolness of the water vanquished the heat of the sun, and the slickness of the moss-covered creek bottom massaged my feet. I looked up, and I felt alive. This was pretty cool. 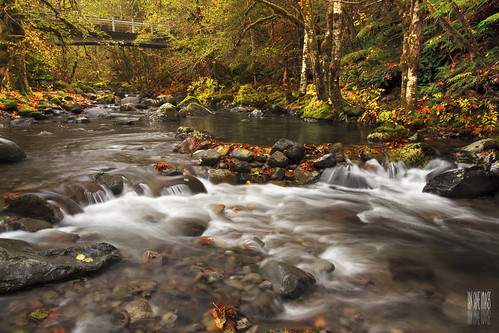 I kept heading down the creek and admired all of the creation as I passed it–the boulders along the bank, the treetops barely visible, the natural current of the water. I followed it as it twisted and turned and finally came to a three-foot drop. As I started to walk to around it to avoid the waterfall, I felt another thought cross my mind, “Slide down it!” It felt almost like something stupid I would tell myself, so I brushed this one off too. But the thought came back, and I decided to do it. I went back, plopped in the water, and slid down. And the craziest thing happened…I smiled. Ha, it was fun! I smiled, and I smiled, and I smiled. I laughed out loud. And in that moment, I felt almost like God was there with me. Like He asked me to slide down that waterfall because He knew it would be fun. Like He was my Dad, and I was His son, and we were playing in the river together. And you know what? It felt like a relationship.

I walked further and leaned into that feeling. I started talking to Him like He was there in the water with me. On my way back, I sat atop on one of the boulders in the middle of the creek and just shared what was on my mind. I told Him about my fiancé, my job, my life, and I didn’t expect anything. Just like I wouldn’t expect to glean some divine knowledge from a normal friend, I didn’t from Him either. I just talked. And I felt Him there with me, listening.

After all that, I finally realized that my relationship with God IS the point. It’s the one exclusive thing He offers. And while that might not seem like anything special, take a second to imagine with me…

Assume with me that the description of God in the Bible is true. That means He created you. He spent the beginning of eternity dreaming you up. Matching every axon to its proper dendrite; every muscle to its proper tendon; every bone to its proper joint. He designed the inner workings of your heart and your personality; He drew the curve of your smile and tuned the tone of your laugh. He worked and toiled and edited and revised. He let you sit for a while and came back with a fresh perspective and perfected every curve and every line and every edge of who you are. And when He was finally done after an untold amount of time, He adjusted one last thing, stepped back, and smiled. “This is it–My masterpiece.”

He knows you intimately. Every hair on your head, every cell of your skin, every tick of your personality. And He’s been with you from the beginning. He’s never left you. He’s always cared about you. He’s sustained you through your valleys and celebrated with you at your triumphs. And even when you can’t feel Him, He’s closer than your skin. He’s known you your whole life. And the crazy part is that even at your darkest–in the moments you wish you could erase or keep locked in the closet forever–He saw you. And He loved you.

That’s the point of God, the exclusive thing He offers: a relationship unlike any other. And I think if we’re to be honest, it’s what we all long for. And though it might not be what we expected, it’s pretty damn cool.

What’s the Point of God?2014-04-022014-05-07https://8tj6yjstus44zgya1unqg0il-wpengine.netdna-ssl.com/wp-content/uploads/2015/05/HS-logo-normal-size-200.pngHeartSupporthttps://8tj6yjstus44zgya1unqg0il-wpengine.netdna-ssl.com/wp-content/uploads/2015/05/HS-logo-normal-size-200.png200px200px
About
Nate Hilpert
Project Manager for @heartsupport Called to help others live a freer, fuller life
Showing 7 comments