What I Learned from Getting Robbed by My Homeless Roommate

Some real names in this story have been changed.

“Hello? Is this Nate?” A man from an unknown number asked me in an unfamiliar voice.

“Yeah, who is this?” What I really meant to say was, If this isn’t important, let me know now so I can hang up on you. I’m busy. Someone was in the HeartSupport tent, and I was in the middle of talking to them when he called.

“I’m so sorry about what Peter did to you. What he did was wrong.” The man sounded distraught. Like a timid messenger afraid of getting punished for the news he was about to bear.

“What are you talking about? Who is this?” Peter–my roommate, my friend–what could he have possibly done to me? I thought to myself. I was confused. Almost angry. I wanted to know what was going on NOW.

“Wait, you didn’t hear? Oh my gosh, how haven’t you heard?” I imagine him pressing his palm against his forehead in disbelief, staring wide-eyed at the ground. That made his job as a courier even worse. 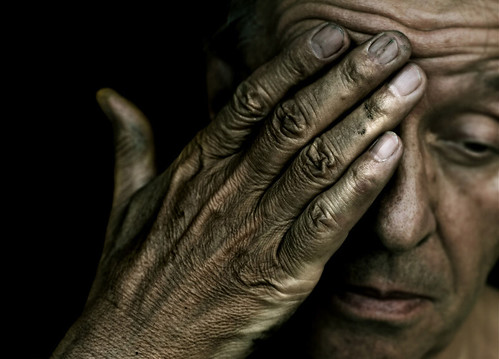 “What are you TALKING about?” My face got hot.

“He cleaned ya’ll out. Duffle bags full of stuff. Lots of guitars, a PS3, a coin collection, a clock radio. Tons and tons and tons of stuff. Like he seriously screwed ya’ll over.”

My world slowed, and everything else became a fog. Warped Tour seemed to float away. My responsibilities to the tent, my conversation with the kid who probably left by now, the thousands of others drifting around me. I just remember looking at Ben without blinking. “I have to go. Peter robbed me.” 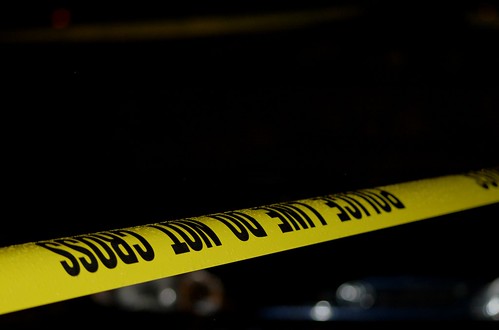 Yes, I know the name of the person who robbed me. That’s because ten months ago he was a homeless man asking for spare change on the side of Guadalupe.

Stuck in a hand-to-mouth existence, depending on others for his drug money. Whether it was spent on methadone or weed or booze, necessities like food, shelter, and a future were secondary to extinguishing the present hell he lived that was ignited by his past.

The first time I met drag-rat Peter was a year and a half ago. I filmed him while he was high for a school project on dispelling the stereotypes of homelessness. Six months later, he started to show up in my life–over and over again. I felt like it wasn’t a coincidence, so I got to know him. I would buy him Subway, pay for his medicine, chat about his life–family, enemies, hopes. Whether it was outside the pizza joint or in front of the sandwich shop, or whether it was under the awning of a bank in the rain or against the tile wall outside the convenient store, we littered that street with memories.

And then one day, God asked me to invite him to live with me. And then the next, we were roommates.

He cried in disbelief when I asked him outside of his church. He thought I was playing some cruel joke. An hour later, I picked him up in my car, and we carried his stuff out of the cliff hideout he had been living under for over a year. I brought him to his new home. I gave him new clothes and laid out his new covers for his new bed. I let him shower and shave. I fed him and turned on a movie for him to watch. Fighting back tears, he told me he felt like he was a human again.

For the next eight months, we strapped into the relationship roller coaster. We were in bliss for the first two weeks or so. We rode the bus together every morning and strategized his every move. Overwhelmed by the progress in his life after a short couple of weeks, we celebrated over burgers at a local restaurant. He pieced his legal documents back together, and he was ready to search for work. It was looking like he was really going to do this. A job, an apartment, a life–my dream for him seemed to materialize seamlessly.

Then he slumped. He faced a wall and shrunk because he believed he wasn’t strong enough to climb it. Many times he would face that wall. And many times I stretched my hand down from the top of the wall and pulled him over. 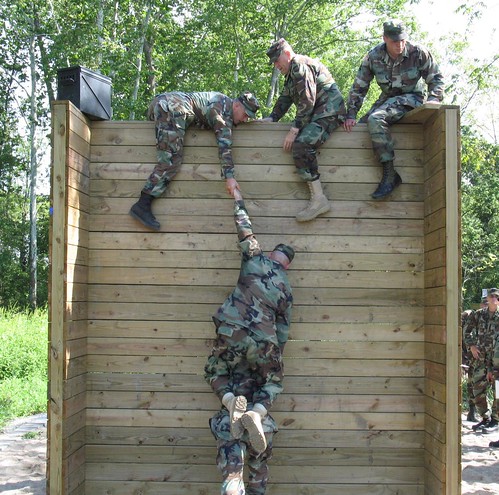 Time and time again, we would get him unstuck. Eventually, he had some serious job opportunities at the Formula One track in Austin, at a catering company with a good friend of ours, and at our church. But success to him was like grabbing sand, always slipping through his fingers after a few steps forward. Still, he gave me half of every check he earned and totaled $400 of savings. Even though I was about to leave for Warped Tour for two months, he had hope: enough money to work towards an apartment of his own.

About a week before I left, he had been asking me for $5 here and $5 there to get cigarettes or dinner or whatever else. Frequently, we would argue, and I would tell him he couldn’t withdraw any of the money he saved. After trying to find compromises, he kept breaking our agreement. And when he asked me for the rest of his money before I left, in a moment of weakness I handed over his wad of hope that I had so adamantly guarded for months.

In a day, he lost it all. He told me he got robbed. It wasn’t until I got back from Warped Tour that I learned it was because his drug dealer ripped him off.

And things only went south from there. He started to sink into depression, deeper and deeper from the friends who loved him and would do anything for him. This time, he wouldn’t let anyone pull him over the wall. Not me, not his mom, not his best friends. He was determined to stay stuck because he saw no point in trying when he though he wasn’t worth the effort it took to climb.

A week after I left for Warped, he called me and apologized for punching a hole in my wall. Another week passed, and I got a call from his best friend who told me Peter cursed his boss out at his catering gig. He was drunk on the job and even asked his uppers where he could score some weed. Since then, he had been rejecting every attempt by his friends to be helped. And he blamed everyone else for the hole he was in while he had two hands firmly placed on the shovel. He was back using drugs, having his new girlfriend sleep in my bed while I was gone, and slipping deeper and deeper and deeper.

And one day, he robbed me, and he was gone.

Now, he’s somewhere in the city hiding out from the police. Paranoid that everywhere he turns someone’s trying to cuff him. 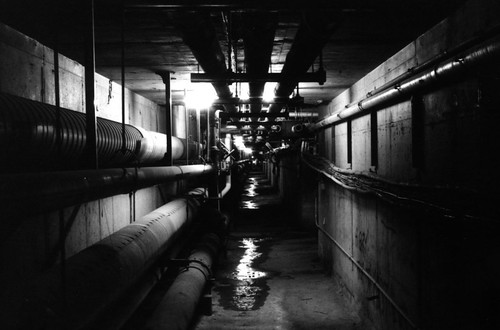 Over the past ten months, we shared our darkest moments with one another, screwed up countless times yet fought for our friendship, grasped hands and prayed together at his bedside, celebrated our successes and commiserated our failures, went to recovery meetings and church services, and held on as tight as we could to each other and to God. When I got that phone call on tour, I had so many emotions spinning inside of me that I didn’t know what feeling to land on. And honestly, I didn’t care which one it was, I just wanted to stop the roulette and pull the trigger.

When the spinning finally slowed down and I was able to look closer, I found that I wasn’t mad at Peter. Even though I fed him day in and day out, cleaned up his throw up when he was drunk, tolerated him when he broke my stuff, forgave him when he cursed me out, and bent over backwards for a man I had every reason not to, I wasn’t mad at him. Because I love him. I’m just sad. Sad that after everything, he didn’t get his life back. Sad that he’s somewhere hiding, alone, using a needle to try to fill the hole in his heart that can’t be fixed by any kind of high a drug will give him. Sad that he was so close. He was RIGHT THERE. And so was I. I was screaming his name. Desperate for him to look up because the whole time I’d been reaching down. And I’m sad he didn’t take my hand. 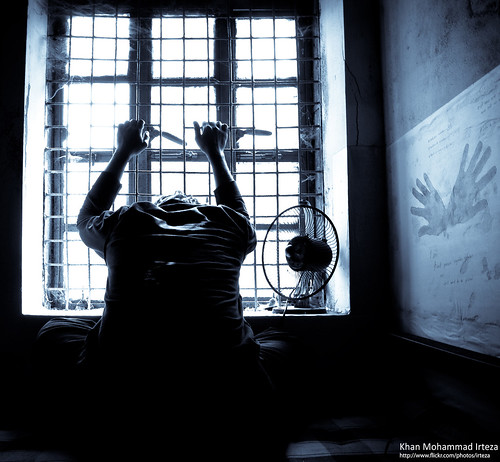 But as badly as I wanted this for him, at the end of the day, I can’t make Peter’s decisions for him. He chose this. Regardless of how well I did or didn’t do, he chose to sit down at the bottom of the wall and stay there while I was reaching down, yelling his name. He chose to hide in the shadow it cast and barricade himself in, shutting the world out. He chose to buy the drugs. He chose to steal and sell my stuff. He chose to run away.

And as hard as it is to let the blame slide off my shoulders, the truth is he had to want it more than me.

So here I am, ten months after inviting a homeless man to become my roommate. I got used, manipulated, lied to, and robbed. And from the outside, I have nothing to show for it. Less than I started with, in fact.

But the truth is, I won. The whole time, I’ve been winning. More than I could ever quantify. Because when I saw my friend in need, I gave him what he needed. When I wronged him, I apologized to him. When he fell, I reached down to pick him up. When he took steps, I cheered him on. When he asked me, I was there. And when he didn’t ask me, I was there. When I turned my back on him, I always turned back. When he swung at me, I always let him say he was sorry. And when I wanted to punch him back, God helped me. And I learned, and I fought, and I cried. Because of him, I love better, bigger, harder. I’m more faithful to my friends, and I don’t give up when the going gets tough. I know when to let go and let him try by himself and when to listen to God when He asks me to step in. I know that when my friend calls me at three in the morning when I’ve gotten an hour of sleep, I will pick him up. I’ve learned to forgive bigger and longer and more often. I’ve learned to bend and bend and bend and never break. I’m more resilient. I’m stronger. I’m a better man because of Peter.

And even if he never gets his life together, God bettered ME through him. And even though I thought my mission was to transform his life, God transformed mine.

What I Learned from Getting Robbed by My Homeless Roommate2013-08-232014-05-07https://8tj6yjstus44zgya1unqg0il-wpengine.netdna-ssl.com/wp-content/uploads/2015/05/HS-logo-normal-size-200.pngHeartSupporthttps://8tj6yjstus44zgya1unqg0il-wpengine.netdna-ssl.com/wp-content/uploads/2015/05/HS-logo-normal-size-200.png200px200px
About
Nate Hilpert
Project Manager for @heartsupport Called to help others live a freer, fuller life
Showing 16 comments