There is Beauty in Tragedy

My friend was taken away from me in the middle of the night. A horrible mix of alcohol and being behind the wheel at 4am was the cause of his death. It was one of the most heartbreaking things I had ever experienced in my life. It’s funny how your mind sometimes tries to block things out when you search for clarity on such a tragic moment in time. I had never felt such pain, than the night I was told he was dead.

I remember the police saying that the driver was at one point driving with their knees, going 70mph through these twists and turns out in the dark, gloomy, wooded roads, only 30 minutes away from our house. Unfortunately this late night drive ended up costing my best friend his life, along with a couple others I had known. The vehicle had spun out of control flipping onto it’s side. One of my friends flew through the windshield hitting a tree dead on, crushing his skull and dying on impact. My friend Jason had been thrown from the vehicle as it barrel-rolled into the woods. The entire car ended up on top of him, crushing his chest, and pushing the blood flow to his brain keeping him conscious and alive. The medics watched hopelessly only to call his mother and give her the horrible news. Once they lifted the car off of Marcus the blood would leave his brain and he would pass on. There was nothing they could do. No one on earth could save my best friend. 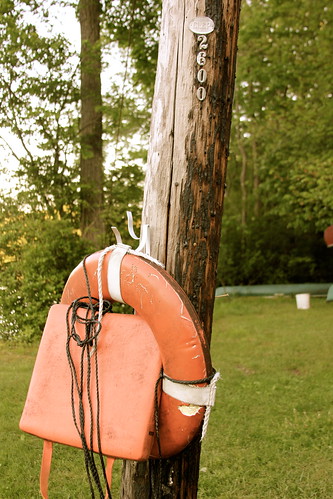 Marcus and I first met on the street between our houses where he was selling candy bars for a fundraiser. We connected instantly and were pretty much inseparable from then on… or so I thought. His family became mine and vice versa. I had never had an older brother and to be honest I had always wanted one. He even taught me how to play basketball, (till this day I’m not very good). We would spend many nights having dunking contests and then hours upon hours of gaming on whatever “Madden” was out that particular year.

Then there was the day I found out Marcus was a true friend. Not one of those “fair-weather friends” we all seem to have. It was the day he beat down my nemesis, defending me from my middle-school bully named James. In my own front yard even! The ultimate dis. James came to my house one day asking to borrow a basketball. I was standing on the front porch and could already feel that this situation was going to get way out of hand. Often times James would pick on me before and after class. I was a short skinny, scrawny kid back then and I didn’t know how to handle bullies. He would make fun of my height, weight and would pick on the clothes I wore. I didn’t have a ton of money for clothes but my mom did the best she could with what she had. My attire consisted of wal-mart, bugle boy and Everlast. This kid James even made me cry once in class, and so I wasn’t fond on the idea of giving him my basketball. I told James that I didn’t have a basketball for him, he didn’t like that reply and started talking down to me. Marcus overheard James running his mouth and didn’t like what he had heard one bit. As James continued trash talking Marcus storms outside to confront him telling him to hit the road. James and Marcus practically touched noses that day staring eye to eye and I could see things were getting pretty heated. Then one of them snapped, and as quick as pulling a trigger, I saw James push Marcus. “Is this really happening?” I thought to myself. Did James really just push Marcus? Someone is going to die today. I guess I should also tell you that Marcus was a bigger, stronger, more confident kid than James or I ever were. Marcus’ face completely went from concern to a fearless rage. He grabbed James by the shirt and threw him into my trashcans. Then as James tried to retaliate, (If I remember correctly) Marcus got in a hell of a shot, landing a doozy on James’s right cheek sending him into my recycling bin. James ended up jumping back to his feet, awkwardly walking backwards, spitting out threats of a gang coming to beat us up… but that never happened and James never came back to borrow a basketball or kick my ass.

That was the day I realized Marcus was the real deal.

I was forever grateful to have a friend like him. He taught me how to stick up for myself, how to honor your work and never leave a job unfinished. He invested countless hours into my life and I have to say I almost looked at him as a father figure. All of these great memories of us together as brothers, these memories are the ones I’ve decided to hold onto, and still grip closely in my heart.

The last time I saw Marcus was only a few weeks prior to the accident. We were sitting on my trampoline talking about how we were so close. How we liked to stay out on the streets playing ball until late night. We discussed his new pair of glasses (I had never seen him in glasses before). He looked nothing like himself and in a way he was growing up and becoming a man. I’m glad I got to see that part of him. 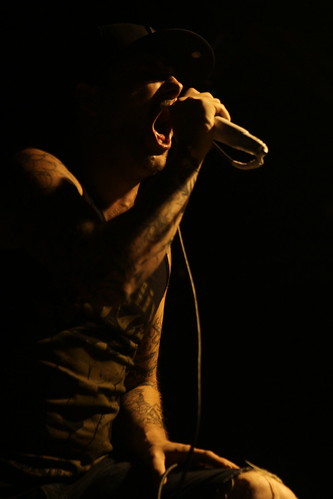 I wrote a song in dedication to his life on earth. I know from fans replies that it has moved and encouraged many of them to seek healing of those they have lost. Marcus’ morals and values are branded on my heart and he will always be a legend in my eyes. He was a huge inspiration and invested time and sweat into my life. For anyone reading this that has lost someone close to them, you’ve got to see the good even if there life was unfortunately cut short. Appreciate the memories you had with that person, and cherish the ones you make with others now. We don’t have all the time in the world, and we never know when that will run out. Invest your time in those that you love; that brother or sister you adore and make it your goal to be their Marcus. The type of person who speaks love and breathes life. One who is willing to throw a punch, or teach a trade. We need each other more than we think. We need to pursue one another, because at the end of the day all that this earth has to offer will wither and fail. But a lesson taught from a friend ends up being the tablet on your heart.

There is Beauty in Tragedy2014-03-102014-11-13https://8tj6yjstus44zgya1unqg0il-wpengine.netdna-ssl.com/wp-content/uploads/2015/05/HS-logo-normal-size-200.pngHeartSupporthttps://8tj6yjstus44zgya1unqg0il-wpengine.netdna-ssl.com/wp-content/uploads/2014/03/Beauty-Tragedy-220x150.jpg200px200px
About
Jake Luhrs
Not perfect, following the one who is. Encourager, and led by God to commit myself to a community He feels is worth being heard.
Showing 15 comments