The Truth of Being a “Christian” Woman 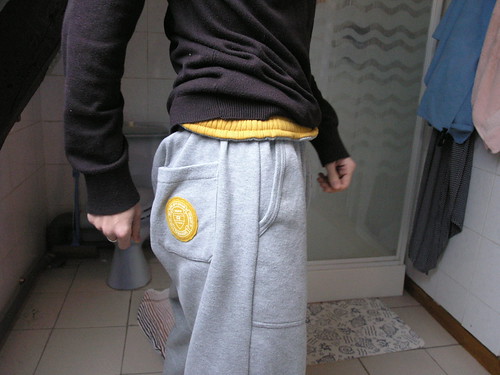 It’s tough to be a Christian woman. We’ve got words like modesty and grace and prim and proper to contend with – words that don’t always fit us, and the truth is, that’s OK.

I, myself, prefer sweatpants over skinny jeans. I’m not great at Pinterest crafts. I’m sarcastic and I wear T-shirts, and it bothered me that I felt like I wasn’t graceful or poised enough.

The reality is God uses all kinds of women for his purpose, and I think we forget that. Abraham’s wife Sarah, who believed she was too old, laughed in disbelief when God told her she’d have a child. But she did. Gomer was a prostitute and adulteress and still God blessed her marriage to Hosea. Mary was a teenager set to wed a carpenter.

And God used them all.

We’re not meant to be an army of perfect wives and daughters and friends and sisters. We’re not meant to maintain that image. In fact, that image isolates us. It worries me when I hear other women say they won’t go to church because of the looks they’ll get.

Their concerns are based on a notion that the church is a model of perfection when it’s really a crowd of broken souls. Maybe, women, it’s time we bare our scars because it’s not true that your role as a Christian woman is supposed to look like the one of the woman next to you.

It’s a lie. The church is full of people with different talents and honestly, if it wasn’t, Christianity would be boring.

But it’s not meant to be boring.

You’re meant to tell stories that can’t be explained without God’s grace. Not yours. God loves the unique. He made us that way. It’s a common idea pushed in ads and feel-good quotes: that you’re awesome just the way you are, that you’re uniqueness is beautiful.

Only it doesn’t always get through the church, and here is where it’s used the most.

Psalm 139: 13-16 reads, “For you created my inmost being; you knit me together in my mother’s womb. I praise you because I am fearfully and wonderfully made; your works are wonderful, I know that full well. My frame was not hidden from you when I was made in the secret place, when I was woven together in the depths of the earth. Your eyes saw my unformed body; all the days ordained for me were written in your book before one of them came to be.”

Maybe you haven’t heard this before. Maybe you’ve forgotten, but the truth is it’s OK not to be graceful. It’s OK to prefer sweatpants. It’s OK to be you.

The Truth of Being a “Christian” Woman2013-05-012013-05-01https://8tj6yjstus44zgya1unqg0il-wpengine.netdna-ssl.com/wp-content/uploads/2015/05/HS-logo-normal-size-200.pngHeartSupporthttps://8tj6yjstus44zgya1unqg0il-wpengine.netdna-ssl.com/wp-content/uploads/2015/05/HS-logo-normal-size-200.png200px200px
About
Amanda Casanova
Amanda Casanova is a journalist by trade, but a writer first. She is happily married to her college sweetheart and together they own way too much Texas A&M University merchandise. Above all that though, she loves Jesus and is absolutely floored by his grace and love. Find her blog at http://tx.ag/casanova.
Showing 2 comments