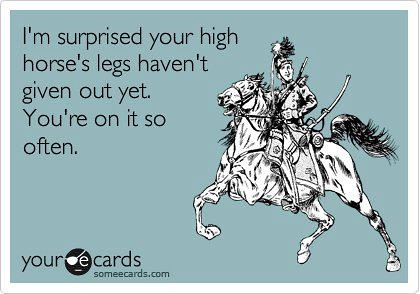 Dear Nathaniel,
When you saw him in your rearview mirror and thought otherwise, you were wrong. He flipped you off. And again when you drove past him and he cursed at you, he did then too. And the worst of it? He thinks he’s right.
Ha.
Let’s take a tally. How much have you done for him since you became roommates? Has he forgotten already? And how much has he done for you?
Mhm.
You asked of him ONE. THING. And he doesn’t do it. He’s been watching TV all day. Movie after movie after movie after movie, yet he doesn’t have time to do the one thing you ask of him.
Look, man, I’m just pointing out the facts. He’s straight up taking advantage of you. He doesn’t realize HE’S the one that owes YOU. I mean, he asked YOU to get him what he needs to clean up his own mess. What kind of nerve does he have to have to tell YOU to do half of his work?! As if you don’t have places to be. How DARE he?
Pfft.
Then he storms outside as if he’s justified in being mad at you? He’s wrong, dammit. Are you just going to let him flaunt around like that?! He’s wrong. Like you’re the bad guy?! HE’S WRONG. And he needs to know. If you don’t put him in place now, he’s going to think YOU owe HIM.
He owes YOU an apology. He didn’t listen to you. He ignored your text for eight hours. He disrespected you. And when you asked him again, he acted all APPALLED as if you were asking him to move a mountain. And dude, he told you to f–k off. Do you not see he’s in the wrong?!
Look, you don’t need to apologize for HIS problems. You don’t need to make up something to be sorry for because you didn’t do anything wrong. You need to confront him and get back what he’s trying to take from you: power. He needs to listen to YOU. Not the other way around.
If you give in here…
You’re going to admit to this idiot that he’s right. And he’s not.
You’re going to tell this jerk that you’re wrong. And you’re not.
You’re going to give your power to him. And next time you ask him to do something, he won’t.
Yeah, it might hurt him a little bit for you to tell him off. But it will hurt you more now and in the long run if you let him think he’s got something on you. Are you going to wimp out and let him get his way? Or are you going to man up and get yours?
Hold nothing back. The only thing you should be holding is what you’ve got over his head.
When you make the right choice, I’ll see you on the other side.
Sincerely,
Your Ego
I asked my roommate to clean the toilet he clogged, and when I told him I wasn’t going to get the plunger for him, he stormed out of our apartment, cursed at me, and flipped me off twice.
And as I was driving away, this is what I felt. My pride screamed at me. I couldn’t see anything except what it told me.
It would have been really easy to tell him off. It would have been really easy to remind him of everything I’ve done for him. It would have been really easy to scream at him to move out.
But when I boiled it down, I found I had one of two options:
I could have my pride.
Or I could have my brother.
And as badly as I wanted to be right…as badly as I wanted him to admit he was wrong…as badly as I wanted HIM to apologize to ME…none of that could ever measure up to the value of my friend.
In the end, what could?
Surely not my ego.
And surely not yours. 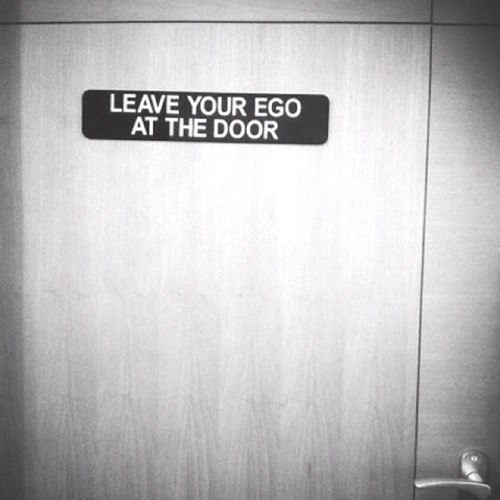