So about three days ago my buddy RL who owns For the Good merchandise company emailed me about a convention that happens once a year called the Fine Arts Convention. It’s placed in a different state every year and is the host of many non-profits, universities and judging in the fine arts, music, worship, paintings, etc!

About 15,000 people attended this year and it was an AMAZING experience.
RL told me about this and said it would be a great way for me to connect with some of the kids who attend and also connect with some universities and other non-profits. So I purchased a ticket and left two days later. 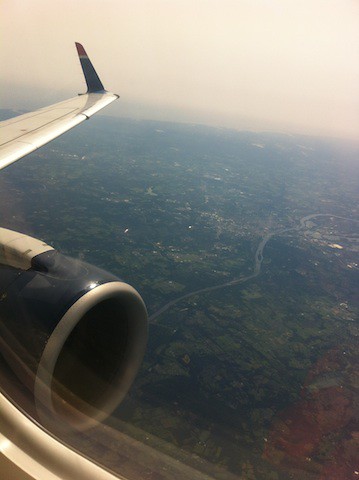 My plane ended up being delayed a few hours.. so unfortunately I didn’t get in until around 7 pm. So I missed one of the days, however we had a great dinner and I got to catch up with the cool things that For The Good have been doing at the convention.

The next morning I woke up around 7am and got ready to bring Heart Support to the For The Good table! I was really excited to see what type of reaction HS received from the kids who attended the convention. Little did I know it was going to be explosive! 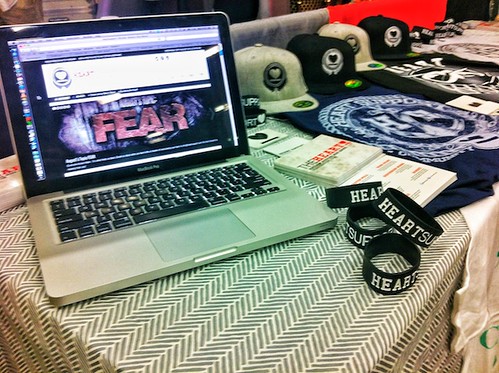 At first it was just a few kids coming by recognizing me from August Burns Red, but about 45 minutes into the opening of HS at the For The Good table, soon kids flooded the table and I was surrounded by young eager to converse with me and learn more about why I was at the conference. 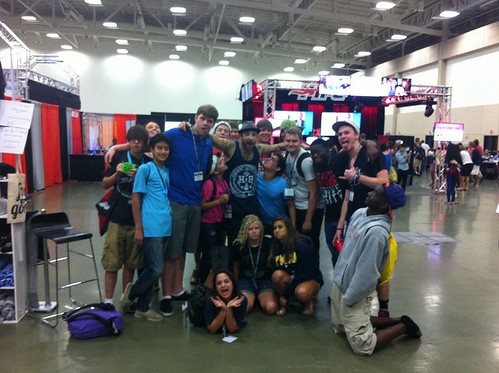 One of the young girls who attended actually had been a long time supporter of Heart Support and shared about how she loves to journal some things that she learns from the blogs that she reads on the site! She also submitted one of her paintings in the competition at the Fine Arts Convention, which I thought look amazing! This girl is full of talent and I was happy to see her pursuing her gift and desire to be an artist. Really cool stuff! 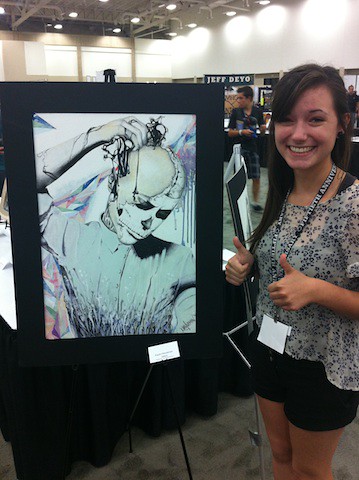 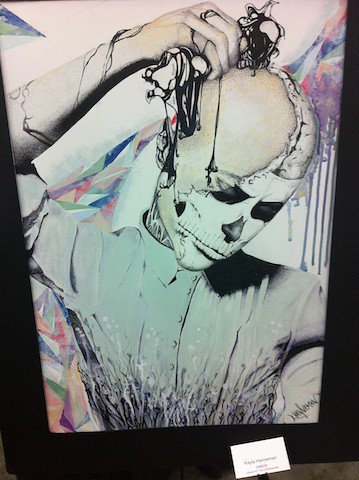 My buddy Spencer and I had the chance to hang out for a bit and we decided to grab lunch since I hadn’t had a break yet from the table. … We thought Kentucky is known for what?….     Kentucky friend chicken.. Yup! That’s what we ended up getting for lunch. Not the healthiest thing but it was the experience that we wanted. 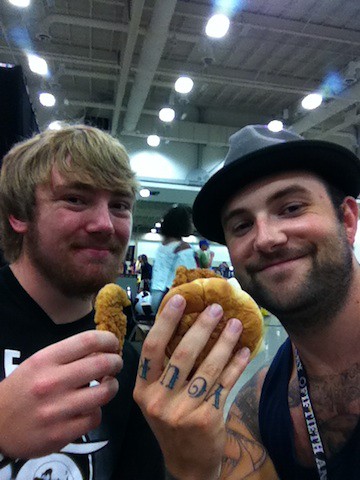 He entered the competition with his worship band, and a guitar solo. He is really great as well and it got me pumped to see him growing with his instrument.

I also hungout and took tons of photos with fans of August Burns Red and met a ton of really cool people. 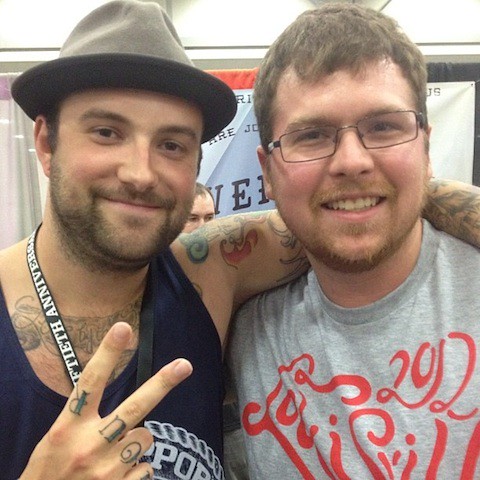 I even had a young man who sang and played a song for me! It was really killer to have a young man just want to play a song and sing something he had written. 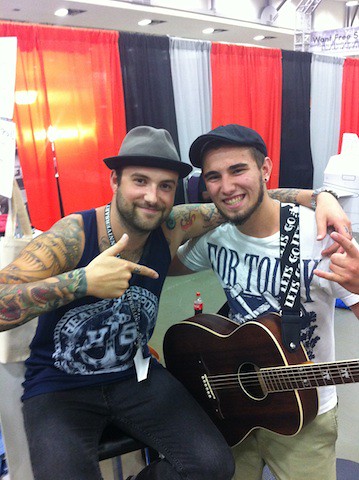 So much heart and dedication they all had.. I was thoroughly impressed and was glad to have the opportunity to share with them not only my love for art, and my love for music, but also to share my faith in the community Heart Support. 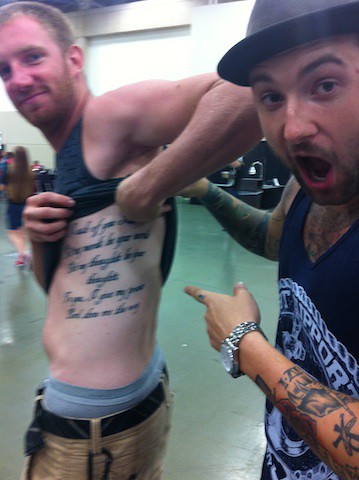 Thanks for having me guys and appreciate all of you! Keep practicing, focusing, and pursing your dreams, and don’t let fear hold you back from success!

Colonel from KFC pitched his recipe 99 times … and all 99 times he got denied and no one wanted to use his recipe for their chicken… he pitched it the 100th time, and he is the most well known fried chicken chef/cook known to man.

Jake’s adventures at the Fine Arts Convention!2012-08-092012-10-14https://8tj6yjstus44zgya1unqg0il-wpengine.netdna-ssl.com/wp-content/uploads/2015/05/HS-logo-normal-size-200.pngHeartSupporthttps://8tj6yjstus44zgya1unqg0il-wpengine.netdna-ssl.com/wp-content/uploads/2015/05/HS-logo-normal-size-200.png200px200px
About
Jake Luhrs
Not perfect, following the one who is. Encourager, and led by God to commit myself to a community He feels is worth being heard.
Comments